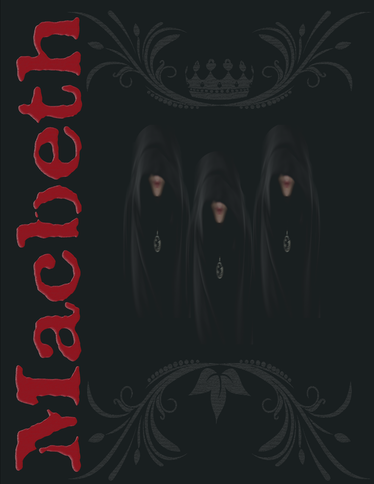 Old Baptist Meeting House, Warwick, NY
​Free to the public - Donations accepted
Dedicated to bringing the Shakespeare of olden times to modern audiences, GWLT uses original Elizabethan performance techniques.  Watch our bold and magnificent actors perform the First Folio Style, with cue scripts in hand.  They will be interacting and entertaining the audience in ways you could never have imagined, with  LOTS of spontaneity bringing Shakespeare's words to life in a thrilling and hilarious way. Shakespeare should always be this fun!  This is seriously entertaining Shakespeare, the like of which you have never seen before.  It will be performed by actors trained in Original Practice rehearsal techniques.   It’s fun for the whole family!  This ain't your grandma's Shakespeare!

A brave Scottish general named Macbeth receives a prophecy from a trio of witches that one day he will become King of Scotland. Consumed by ambition and spurred to action by his wife, Macbeth murders King Duncan and takes the Scottish throne for himself. He is then wracked with guilt and paranoia. Forced to commit more and more murders to protect himself from enmity and suspicion, he soon becomes a tyrannical ruler. The bloodbath and consequent civil war swiftly take Macbeth and Lady Macbeth into the realms of madness and death.