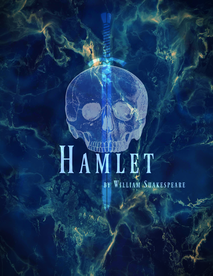 Hamlet
by William Shakespeare
​Dramaturgy by Mary McKinley
September 12th 2020
5:00 p.m.
Lewis Park, Warwick, NY
The ghost of the King of Denmark tells his son Hamlet to avenge his murder by killing the new king, Hamlet's uncle. Hamlet feigns madness, contemplates life and death, and seeks revenge. His uncle, fearing for his life, also devises plots to kill Hamlet. The play ends with a duel, during which the King, Queen, Hamlet's opponent and Hamlet himself are all killed.

​​Dedicated to bringing the Shakespeare of olden times to modern audiences, GWLT uses original Elizabethan performance techniques.  Watch our bold and magnificent actors perform the First Folio Style, with cue scripts in hand.  They will be interacting and entertaining the audience in ways you could never have imagined, with  LOTS of spontaneity bringing Shakespeare's words to life in a thrilling and engaging way. Shakespeare should always be this fun!  This is seriously entertaining Shakespeare, the like of which you have never seen before.  It will be performed by actors trained in Original Practice rehearsal techniques.  This ain't your grandma's Shakespeare!
In partnership with Warwick Historical Society