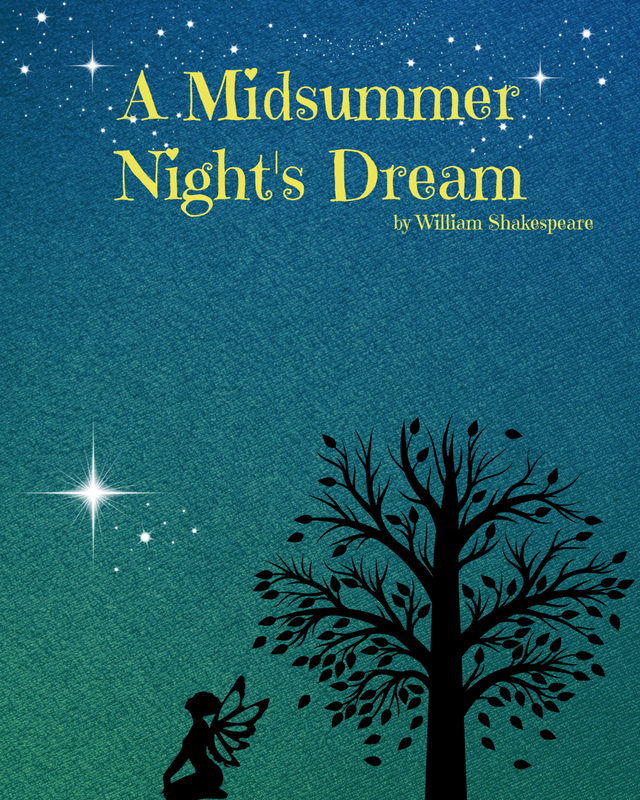 June 29th at 2pm
Gazebo - Waterstone Road
Free admission
Running time: 90 minutes
We strongly encourage you to bring blankets, cushions or chairs for picnic style seating.
Girl meets boy. Girl falls in love with boy. Girl loses boy when mischievous fairy sprinkles love "juice" on boy's eyelids, making him fall for another girl. Girl wins boy back (with the help of a little fairy magic). No, it's not the latest romantic comedy to hit theaters near you; it's a play that was dreamed up by William Shakespeare toward the end of the 16th century. Like the modern-day romantic comedy genre it's helped to shape and influence, A Midsummer Night's Dream features young lovers who fall comically in and out of love in a ridiculously brief period of time (over the course of a single, enchanted midsummer night).

Dedicated to bringing the Shakespeare of olden times to modern audiences, GWLT uses original Elizabethan performance techniques.  Watch our bold and magnificent actors perform the First Folio Style, with cue scripts in hand.  They will be interacting and entertaining the audience in ways you could never have imagined, with  LOTS of spontaneity bringing Shakespeare's words to life in a thrilling and hilarious way. Shakespeare should always be this fun!  This is seriously entertaining Shakespeare, the like of which you have never seen before.  It will be performed by actors trained in Original Practice rehearsal techniques.  A Midsummer Night's Dream is performed outdoors for FREE so pack your picnic blankets and lunches.  It’s fun for the whole family!  This ain't your grandma's Shakespeare!
Prompter - Riley Cupo
Bottom / Demetrius - Nicholas J. Pearson
Flute / Lysander - Aaron Keller*
Snout /  Helena / Peasblossom - Laura Ann Peterson
P. Quince /  Hermia / Cobweb - Katherine Weatherford*
Oberon /  Theseus - J. Michael Reeds*
Puck / Philostrate / Egeus -  Courtney Silber
Snug / Titania / Hippolita - Mary Virginia*

​​* The Actor appears through the courtesy of Actors' Equity Association, the Union of Professional Actors and Stage Managers in the United States.